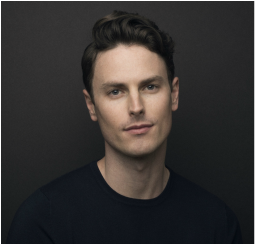 Todd Flaherty - Writer/Matthew
As an actor, Todd has worked off-Broadway in Pirira (NYIT Nom) and Fresh Kills (59E59). Other New York credits include: Sleep No More (Punchdrunk/Emursive), Dead Letter Office, ​I Like To Be Here (Theatre167), We Are Nebenienander (American Laboratory). Regional: Slap&Tickle at the Provincetown Theater, directed by David Drake. Film credits include "Pretty Girls" and Yahoo Screen's puppet comedy "The Fuzz". Other web series include the hit relationship advice show Tracy&Cal. BFA NYU/Tisch. "Undetectable" is Todd's first produced work as a writer. He hopes this series will shed light on an issue that for decades has been shrouded in shame and open a dialogue about what it truly means to be living with HIV. www.toddflaherty.com
​
​​ 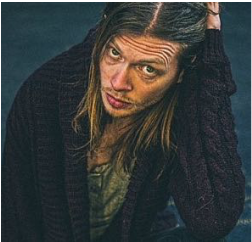 Sam T Wilson - Director/Jonah
Sam T Wilson is a filmmaker and photographer based out of Bushwick, Brooklyn with over 31 years experience watching movies. Find his photography here…stwilsonphoto.com. 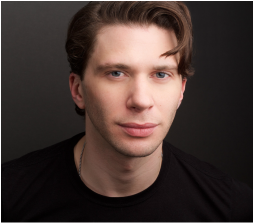 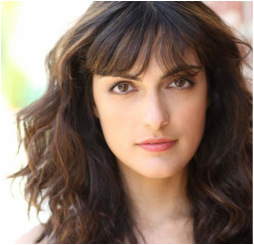 Aimée Cucchiaro - Caroline
Aimée is a New York City based actor, singer, meditation teacher, and inspirational love coach who loves stars and rainbows. She has worked on some wonderful shows, in some incredible movies, and produced her own web series "You Make My Dreams Come True."  She also is the Founder and Creator of Open Heart Searchery, an inspirational blog for artists and all.  Aimée is extremely grateful to Todd and Sam for including her in the "Undetectable" family and is in awe of the talent and heart that drives this project. Read her words at openheartsearchery.com 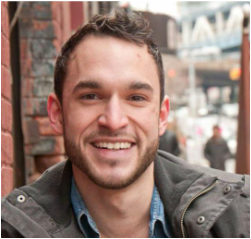 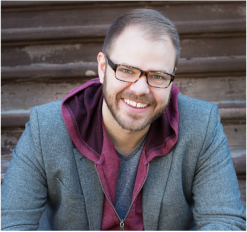 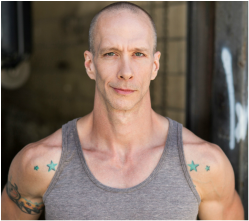 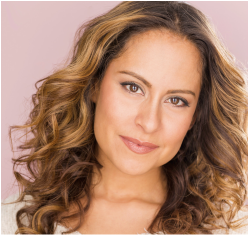 Lisann Valentin - Claudia
Lisann is a film and television actress who has worked with Sundance-featured filmmakers and Golden Globe winners. A passionate storyteller and published author, you can read her story in the anthology Eat Pray Love Made Me Do It. Learn more at LisannValentin.com. 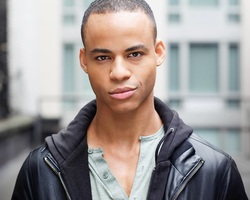 Mark StCyr - Shamar
Mark is an avid fan of independently produced film, TV, & web series and is happy to be joining the Undetectable cast. He's produced his own award winning web series, The Verge, and starred in several other hit web series: Young N' Reckless, and Finding Me. His recent TV credits include: Person of Interest, Royal Pains,  I Love You But I Lied, Sneaky Pete, and One Bad Choice. He is a series regular in the upcoming TV series Doomsday, and recently shot a recurring role on a network pilot. Mark is a proud alumni of the ABC diversity showcase, and Elon University. www.markstcyr.net 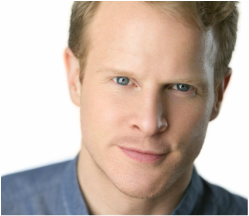 Andrew Glaszek - Will
Andrew can also be seen on the web series Hustling as Jay (3 seasons & 2 Independent Series Awards Best Supporting Actor Noms) and He's With Me as Dana (ep 2.5.) TV appearances include Late Night with Seth Meyers, TNT's Inside Job, and All My Children. Stage credits in New York include Nothing But Trash, The Last Sunday In June, Rocky Horror, and Jeffrey and regionally include The Twilight of The Golds, The Lion in Winter, A Christmas Carol, Hello Dolly!, and A Soldier's Play. Andrew's a New Yorker by way of Detroit where he studied at Wayne State University and is a member of AEA. 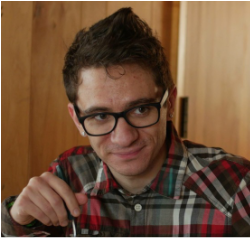 Trick Sullivan - Charlie
Trick is a New York based actor and comedian. After graduating from West Chester University with a degree in Theatre, he moved to Philadelphia where he ultimately discovered his love for improv comedy at PHIT. Trick is now a part of the People's Improv Theater and Upright Citizens Brigade.

Indio Martinez - Videographer and photographer Indio Martinez is a filmmaker by way of California, Mexico, and New York. When he’s not shooting in NYC, he can be found traveling the globe, grabbing footage and photos in the most spellbinding corners of the world. He is a co-founder of Baxter Public and Zoopraxis Cinematic.
Evan Bass - Actor, writer, improviser, producer, and location sound recordist extraordinaire. Every aspect of filmmaking is fascinating to him, and his respect for each and every level can be seen in his dedication to whichever piece in the cog work he gets to participate. It was Evan's pleasure to work under the deft directing skill of Sam Wilson and with the adept script of Todd Flaherty in episode 2 of Undetectable. His main Web site is www.evanbass.com and his producing Web site is www.electronicbass.com